The Beatles’ last public performance, on the roof of Apple Records, First Concorde test flight is conducted In France, Boeing 747 jumbo jet makes its debut, Pontiac Firebird Trans Am the epitome of the American muscle car is introduced, Woodstock attracts more than 350,000 rock-n-roll fans, Members of a cult led by Charles Manson murder five people, Chappaquiddick Affair Senator Edward Kennedy, PBS Established, The first man is landed on the moon on the Apollo 11 mission by the United States and Neil Armstrong and Edwin ‘Buzz’ Aldrin became the first humans to set foot on the Moon.

Glenda
Utterback
Staples
Profile
To appear on this list click here to sign up on our database. Are you are on this list and want to update your entry? Request your private link by entering your email below. 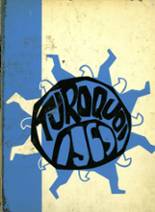